You Are What You Eat

Have you ever thought that your 'Western diet' could do with some tweaking?  Many of us have become 21st century victims of so-called ‘diseases of civilisation’ such as coronary heart disease, obesity, hypertension, type 2 diabetes, autoimmune disease, and osteoporosis.  In non-Western populations these conditions are more or less absent, and were similarly absent in Palaeolithic civilization.¹ Why?

Problems with grains
From an evolutionary perspective, humans lived a hunter-gatherer, agriculture-free existence for hundreds of thousands of years. It is only within the last 10,000 years, since the start of agriculture, that humans started eating grains such as wheat, oats, rye etc. Earlier, when humans were evolving, grains were not part of the diet, so the digestive tract was not developed to process grains. We are frequently told to eat more whole grains - pasta, wholemeal bread, wholegrain cereal etc. The UK governments Eat Well plate suggests that 50-55% of our diet should be from “wholegrain sources”. However, there is more and more research being released which shows that grains simply are not the healthy foods that they are reported to be.²

First of all, grains are not meant to be eaten; they protect themselves in the wild by producing lectins, (toxic defensive mechanisms to warn off predators). As a result, we cannot eat raw grains; we must alter the structure of them (cooking) in order for them to be edible.

Gluten
Gluten is the lectin contained in wheat. Many medical conditions have been associated with gluten, which is a toxin, e.g.

Many people think they have no problems with gluten, but here's a challenge - try going for 30 days without eating any wheat. No pasta, bread, rolls, cereal, cakes, biscuits or anything with flour in it. No doubt you are asking what carbohydrates you can eat instead. I would suggest you turn to gluten-free carbohydrates like sweet potato, brown rice, quinoa and one or two portions of fruit.

When I am making diet plans for clients I eliminate wheat from their diets. As a result many find their digestion significantly improves from when they were consuming a diet rich in wheat (even “whole wheat”).They are less bloated, have more energy and they generally feel much better.

¹ O'Keefe JH, Cordain L. Cardiovascular disease resulting from a diet and lifestyle at odds with our Paleolithic genome: how to become a 21st-century hunter-gatherer" Mayo Clinic Proceedings 2004; 79 (1): 101–08.
² Carrera-Bastos P. The western diet and lifestyle and diseases of civilization. Research Reports in Clinical Cardiology (2011) 2:15

Scott Baptie (MA Hons) is a fitness and sports nutrition advisor and owner of www.FoodForFitness.co.uk. Scott offers nutritional consultations both online and in person from his base in Aberdeen. 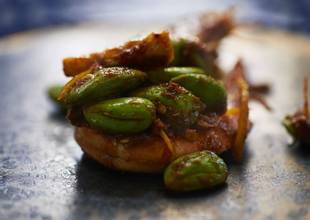 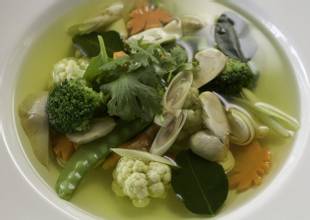 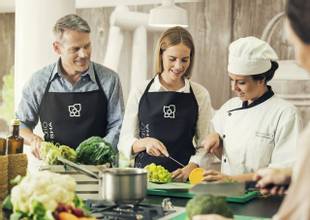 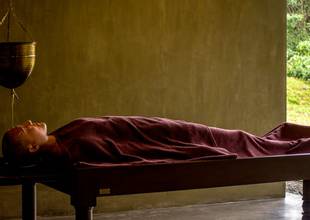